Add this music to your Scratch and Python games! 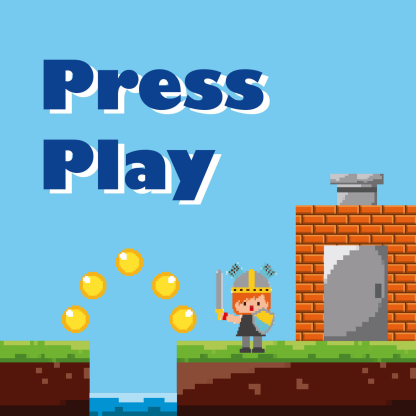 Use my sound pack to add exciting looping music to your Scratch and Python projects. I've created about 30 music loops and tunes you can use in your games. Some of them have a couple of variants you can switch between, so you can create a longer sequence with more variety. This sound pack has been created using a variety of synths including the Novation Mininova.

On this page, you can:

Preview the sound effects in my soundpack

Use this player to preview the sound effects. The double-headed arrows select a loop, and the Play button plays it. When you choose a new loop, the current one plays to the end before it starts, unless you press Play. This is so you can test how the loops work together. Some are designed to play different parts of the same tune.

This sound pack is licensed under a Creative Commons Attribution-NonCommercial-ShareAlike 4.0 International License.

How to add music and sound effects in Scratch

How to make music loop or repeat in Scratch

Pygame Zero does not support the MP3 format, so you'll need to use the .ogg format sound files instead. Copy the sound into your sounds folder.

To make a sound repeat indefinitely, use:

where your sound file is called "twinklestar.ogg", or use:

where your sound file is called "ballet_jam_104bpm.ogg".

I wrote instructions for adding background sounds to the lunar surface locations of the Escape game from Mission Python, my book which shows you how to build a space adventure game.

Here are the details of the tracks, together with their length (in seconds) and tempo (in beats per minute, or BPM). I've also noted whether the track loops.