We've come a long way, baby. Here's a timeline of some of the significant milestones in the internet's history. By Sean McManus. 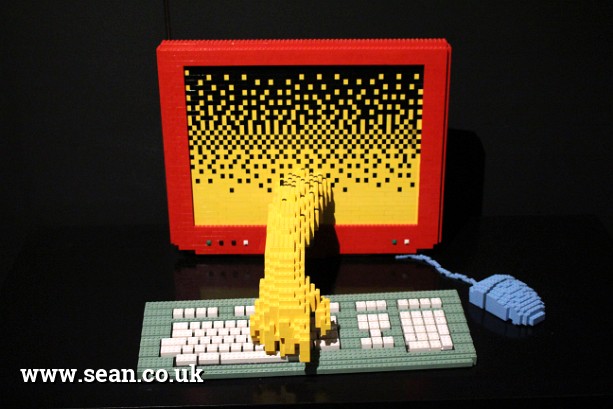 1969 - The first node is connected to the internet's military ancestor, ARPANET. With no HQ and the ability to bounce messages between surviving nodes until they reach their destination, ARPANET was intended to be America's bomb-proof communications network at the height of the Cold War.

1971 - Michael Hart begins Project Gutenberg to make copyright-free works electronically available. The first is the US declaration of independence.

1972 - Bolt Beranek and Newman computer engineer Ray Tomlinson invents email by adapting an internal messaging program and extending it to use the ARPANET to send messages between sites. Within a year, three quarters of ARPANET traffic is email.

1973 - University College of London is one of the first international connections to ARPANET.

1976 - The Queen sends an email from the Royal Signals and Radar Establishment in Malvern.

1978 - Gary Thuerk sends what is widely considered to be the first spam message, promoting DEC.

1982 - Scott Fahlman kick-starts smiley-culture by suggesting using the :-) and :-( smileys to convey emotions in emails. His message has been preserved at https://www.microsoft.com/en-us/research/people/mbj/#!just-for-fun.

1984 - Joint Academic Network (JANET) built to connect UK universities to each other over the internet.

1988 - The first internet worm is unleashed by Robert Morris. It infects about 6000 computers. Although it causes no physical damage, it clogs up the internet and loses hundreds of thousands of dollars in computer time.

1989 - Tim Berners-Lee and the team at CERN invent the World Wide Web to make information easier to publish and access on the internet.

1993 - Marc Andreesen of the National Center for SuperComputer Applications in the US launches web-browser Mosaic. It introduces proprietary HTML tags and more sophisticated image capabilities. The browser is a massive success and businesses start to notice the web's potential. Andreesen goes on to develop the Netscape web browser.

1994 - Internet Magazine launches. It reports on London's first cybercafe and reviews 100 websites. It's billed as the 'most extensive' list of websites ever to appear in a magazine. A 28.8Kbps modem costs £399 (plus VAT).

1995 - Digital Equipment Corporation's Research lab launches search engine Alta Vista, which it claims can store and index the HTML from every internet page. It also introduces the first multilingual search.

1995 - eBay is launched to enable internet users to trade with each other.

1996 - The browser wars begin. Microsoft sees the internet as a threat and integrates Internet Explorer with Windows. Netscape and Microsoft go head-to-head, intensively developing and releasing upgrades to their browsers.

1998 - Google arrives. It pioneers a ranking system that uses links to assess a website's popularity. Google's simple design is soothing while existing search engines cram their pages with animated adverts.

1999 - Shawn Fanning launches Napster. The peer-to-peer software enables internet users to swap MP3 music files stored on their computers and to find each other through a central directory. Record labels are furious. By July 2001, they had effectively stopped Napster operating. (See my history of file sharing).

2000 - The dotcom bust. After several years of venture capitalists throwing money at proposals with 'internet' on the cover, it all starts unravelling as many of these businesses fail to find a market and others realise they don't have a business plan.

2000 - Free online classifieds service Craigslist expands outside of San Francisco in a move that was called one of the 10 most influential moments of the decade by the International Academy of Digital Arts and Sciences in 2009. The move had a huge impact on newspaper publishers everywhere, who had previously built a business partly on classified advertising.

2000 - Google launches Adwords, a system that enables advertisers to target web users with text adverts, based on what they're searching for.

2001 - US regulators approve the merger of AOL and Time Warner. Shareholders of relative upstart AOL own 55% of the new company. AOL started in 1985 and grew its modest internet connection business into one of the world's biggest media companies.

2001 - Wikipedia, a crowd-sourced encyclopaedia that anybody can edit, launches and recruits its first contributors.

2003 - Nearly half of us are connected: UK telecomms regulator Oftel reports that 47% of UK homes have internet access and 58% have a PC. Of those online, 15% use broadband and 92% are satisfied with their service.

2004 - Mark Zuckerberg launches Facebook at Harvard University. Within three years, the social networking site has 30 million members. By 2009, Facebook boasts of over 200 million active users (those who have logged in in the last 30 days).

2005 - The internet starts to threaten television and telephone companies. Youtube launches to enable people to easily publish videos online. Within a year, Google acquires Youtube for $1.65 billion despite owning its own video site. At the time, Youtube users were uploading 65,000 new films and watching 100 million clips each day. Meanwhile, phone companies are threatened by free internet-based phone calls. Skype enables two million calls at any moment, and has a user base of 53 million. eBay acquires Skype for $2.6 billion (£1.4 billion), although it later fails to incorporate Skype into its core business successfully.

2005 - Old media has been slow to catch up with new media. Rupert Murdoch's News Corp responds by buying Intermix Media, owner of Myspace.com, for $580 million (£332.85 million) and ITV acquires FriendsReunited for £120 million (about £8 per user).

2006 - Twitter is created. In stark contrast to the proliferation of lengthy blog posts online, Twitter messages are limited to 140 characters.

2008 - Jack Sheng becomes the first person to earn an eBay feedback score of one million. From startup capital of $500, Sheng has built a $40 million business selling gadgets. eBay creates the shooting silver star to designate users with a feedback score of over a million.

2008 - Google's tenth birthday. The company that began with a search engine now also dominates online advertising and has a leading presence in online mapping, webmail and online document collaboration. Google's search engine indexes 1 trillion unique URLs and there are several billion new webpages published every day. Google encroaches on Microsoft's territory with the launch of the Google Chrome browser.

2008 - The mobile web reaches critical mass for advertising, according to Nielsen Mobile. In the US, there are 95 million mobile internet subscribers and 40 million active users. US mobile penetration is 15.6%, compared to 12.9% in the UK. Mobile internet generated $1.7 billion in revenue in the first quarter of 2008.

2009 - Actor Ashton Kutcher becomes the first person on Twitter to have a million followers subscribing to his 'tweets'.

2009 - The BBC announces its iPlayer will go high definition. It was first launched Christmas 2007 and is used to stream programmes over the internet for up to a week after their television broadcast. Two thirds of Britons have broadband access at home , and there were 1.5 million new broadband subscribers in 2008.

2010 - In February, Facebook announces it has 400 million active members. That's larger than the population of the US and UK combined.

2010 - Wikileaks, established in 2006, hit the headlines when it released a series of classified and secret documents relating to the wars in Iraq and Afghanistan.

2011 - LinkedIn, an online business and professional network, reported in March that it had reached 100 million members.

2012 - Image sharing site Pinterest (founded in March 2010) achieved 10 million unique monthly US visitors faster than any other standalone site, according to data from Comscore reported by Techcrunch.

2013 - In March, YouTube announced it now has one billion monthly users.

2013 - In June, news stories broke revealing the extent to which national security agencies, including America's NSA and the UK's GCHQ, monitor the online activities of citizens without search warrants.

2014 - The Internet of Things, in which consumer or industrial devices are connected to the Internet for management and monitoring, hit the headlines in January. Security company Proofpoint claimed that a major spam attack in December 2013 was carried out using 100,000 compromised gadgets, including home routers, multimedia centres, televisions and "at least one fridge". (See BBC News).

2017 - Adobe announces it will no longer support Flash after 2020. Adobe acquired Flash's creator Macromedia in 2005, and it became a popular way to create interactive experiences online. It was also used to create attention-grabbing adverts and was constantly under attack from hackers. In recent years, the core web languages of HTML, JavaScript and CSS have become sophisticated enough to carry out the kind of interactions that Flash was originally designed to enable.

2018 - According to Facebook's July earnings call, Facebook now has more than 2.2 billion active users per month, with 1.5 billion using it daily. The company's revenue grew by 42% year-on-year to $13.2 billion. This same year, Facebook was accused of a data breach that allegedly resulted in the private information of more than 50 million individuals being used to profile and target political advertising.

2019 - Google closes its social network Google+, after failing to lure users away from Facebook, Twitter and Instagram. It's the fourth time Google has failed to crack social networking.

2019 - MySpace loses all pre-2016 music from 14 million artists in a faulty server upgrade. MySpace was one of the most popular websites for sharing music and interacting with artists at one time, but has now been eclipsed by others.

Photo by Sean McManus of Lego sculpture by Nathan Sawaya